Civic engagement as a tool for change: Insights from Sevaun Palvetzian, CEO of CivicAction (part 1)

Access to quality health care. Gender and racial inequities. Climate change. These are just some of challenges that our communities face.

Finding ways to address them is critical, but it isn’t easy. There’s no one-size-fits-all solution. And oftentimes, several strategies need to be explored to help address them.

One of those tools is civic engagement.

Civic engagement is about rolling up your sleeves. It’s about choosing to put in the time and effort to improve the lives of people in our communities. It’s about engaging in political and non-political efforts to promote people’s quality of life.

That may sound lofty. Even admirable. But to do it effectively, it requires teams of individuals who are more than passionate. They rather have a rare combination of grit, humility, and substantive knowledge, the latter stemming from a strong understanding of the causes behind community issues and inequalities.

Sevaun Palvetzian is one of those people. She is the outgoing CEO of CivicAction, Canada’s premier civic engagement organization, which is committed to addressing community challenges in the Greater Toronto and Hamilton Area.

Just some of those issues include affordable housing to mental health, youth unemployment, sex trafficking and more.

Anyone who meets Sevaun can tell in 60 seconds or less that she’s a leader. She’s someone who’s willing to call things out where they’re due, to be vulnerable about her own limitations, and is willing to help others rise on her way up the ladder.

We had an opportunity to sit down with Sevaun to gain her insights on why civic engagement is so important, along with lessons she’s learned along the way. Sevaun’s interview is packed with several nuggets of wisdom and humour. So we’ve separated her interview into two parts. Stay tuned for the second part coming out next week!

« Thanks for joining us, Sevaun. Tell me more about your role and the work that you do at CivicAction. »

So I have the best job in the world, which is the CEO of CivicAction. CivicAction is an organization that essentially engages people to fix urban challenges around the world. We’ve been around for 16 years. We touch a wide range of topics from youth unemployment to mental health in the workplace to the settlement of new refugees and Canadians. So we have a wonderful spectrum of urban issues that we cover. And we have a very broad cross-section of players and leaders from all sectors who volunteer their time and bring the levers that their influence gets to push. And collectively we get stuff done.

« I noticed before you got to CivicAction that you worked at the World Bank and for several organizations in Washington, DC. A traditional path that people take to addressing civic issues is going into politics. How did you decide that you instead wanted to enter into the nonprofit sector? »

I have a ton of respect and admiration for people who put their names on ballots. And frankly, increasingly, what we put public figures through is brutal. Social media alone is the Roman Coliseum of our time. And the terrarium of public life — which now throws rocks both within and outside of it — makes it harder and harder for great people to want to choose that path. Bless those who do! And government alone will never — and frankly has never and could never — do it all.

Climate change [for example] is just one of many topics that, I’m sorry, the government is just supposed to figure out by itself? It’s not going to happen.

So the advantage of the business sector getting involved, and my sector, the NGO sector, is that we have to be part of the play, because the game is too complicated to not have us in there.

We all need to be part of these conversations. Smart governments get that and use that. Failing governments don’t.

« Tactfully speaking, how do you approach that, especially with CivicAction being a non-partisan organization? There must be so many stakeholders that you have to navigate. How do you balance that? »

We’re fiercely non-partisan, which means we don’t endorse candidates. We don’t pick on the personalities. We do though get involved on topics which are politically-charged, because often urban issues are. So it doesn’t mean you have to be partisan about it, but you can touch topics that are politically relevant.

Transportation is a great example of that. In this town, transportation funding is very politically-charged. We’ve been active on that file. But we just stop short of saying, “So and so leader in party X has the right plan.” That’s not the value we bring or what we believe is the real need most of the time.

« That’s a great point. It’s okay to get involved in politically-charged issues, but it’s more a matter of not personalizing it. »

Yes, and it goes back to that earlier part about how brave it is to put your name on a ballot. So I don’t ever want us to be part of the problem. Even if the ideology doesn’t quite match our view, I would much rather have our energy spent trying to find common ground versus fighting over who has more right to stand on some portion of it.  It’s almost always possible to find common ground if you’re committed to it. It’s almost the hook that you can use to bring people into conversations.

And I think that increasingly is what democracies need more of because so few governments are so neutral. They can’t be. They’re funder, regulator, provider. They really can’t be neutral.

« Amazing. I came across a speech online Sevaun where you said, “Quality in life is so much more often dictated by our postal code than almost anything else in the world.” That’s very powerful and it certainly rings true in the Global Health field, because essentially we’re trying to improve the health and well-being for some of the world’s most marginalized people. But when it comes to addressing systemic issues such as poverty, where exactly does the role of civic engagement come in? »

Civic engagement is choosing to give a damn. It’s having something in you that ticks you off, fires you up, frustrates you, or bedevils you. It’s one of those four things!

Sometimes it can be as modest as holding a golf pencil once every 4 years and making an X beside someone you believe is going to do something good… voting.

There are many new ways [to promote civic engagement] too with the digital movement. The fact that it has taken HR departments 60 years to do something on sexual harassment, which took one hashtag in 81 countries in 18 months to turn inside out with MeToo. That’s civic engagement… supersized!

« Interesting point about those 4 issues going in one ear and out the other. Have there been times where you’ve seen that shift in people where they start to care and get involved? And more importantly, what are the factors that led to that? »

Yeah, all the time. You can actually see that switch go off. We are doing some work in, wait for it… sex trafficking. In our 16-year history, when you look at the urban issues we’ve touched, that’s a very different one. So we’ve entered this realm in part because the size of the problem is huge. It’s the fastest growing criminal activity in this city to date and globally too. And virtually no one knows about it. Yes, it’s stigmatized. No one wants to talk about it. And 90% of the victims are local. It starts as young as nine, and it’s postal code agnostic in terms of who can get pulled in.

And the gang world has moved a lot of their activities away from drugs to sex trafficking. Because it’s just as lucrative with less of a procurement system required. You get one girl. She can pull in $250,000 to $350,000 per year. It’s in this town. It’s heartbreaking.

So what does all that mean for civic engagement? Some of the people that we’ll reach out to get involved in our work in making people more aware of this. So we reach out to groups like UBER, Marriott Hotels, Toronto Life Magazine. And part of our work is in flipping the switch for the usual and unusual suspects. And that, as a compendium of people, as a group, that collective activation switch is powerful.

Any one person just being activated doesn’t do what that collective can do. So yes, I see it every day as part of my life here. It’s part of why I love it so much. I’ve probably always been an optimist. But I have no excuse not to be. Because we exist – and get stuff done – by leveraging the good will that exists in this region’s leaders. 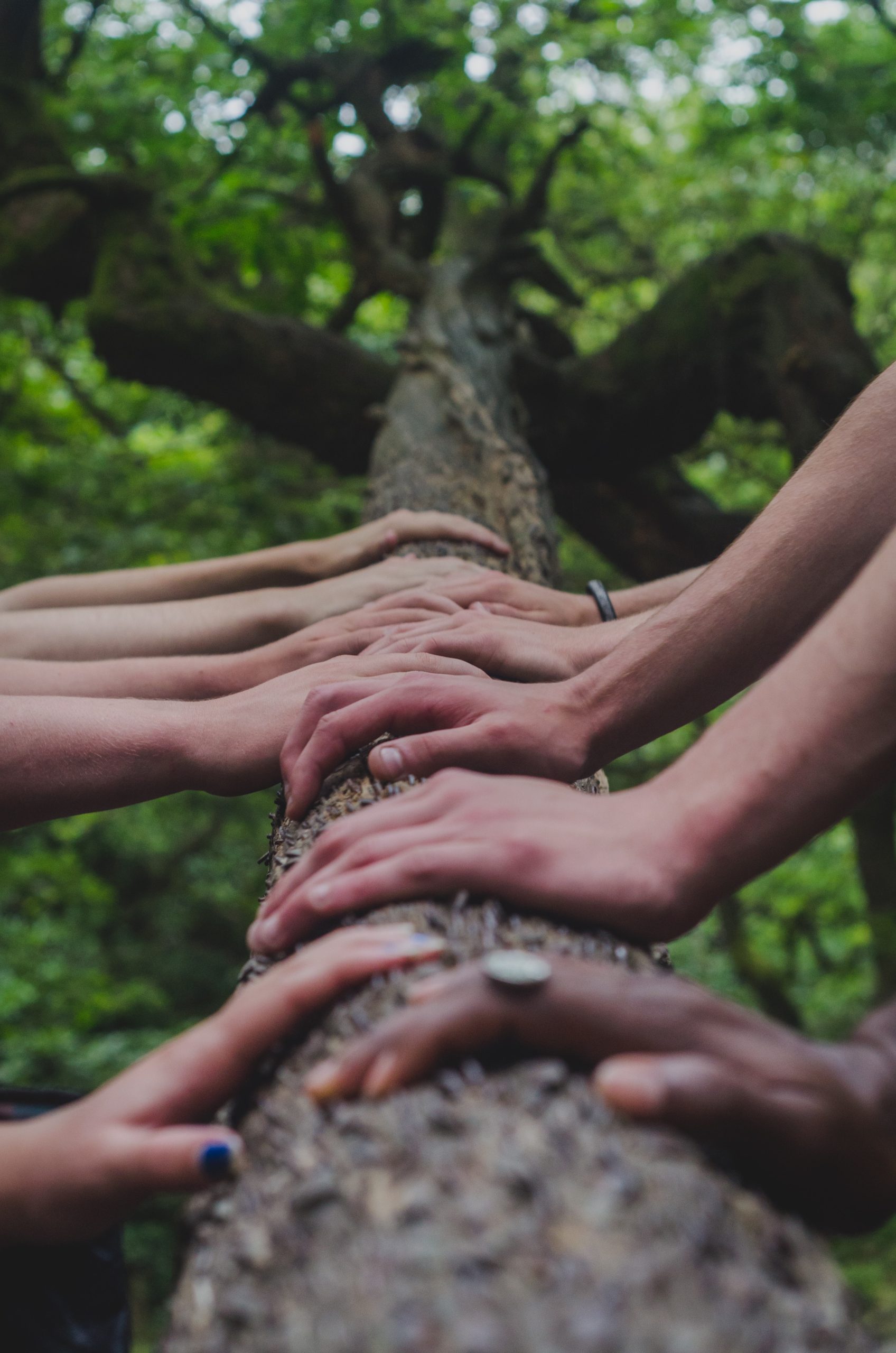 How to be an Effective Advocate in Global Health: Insights from Max Seunik 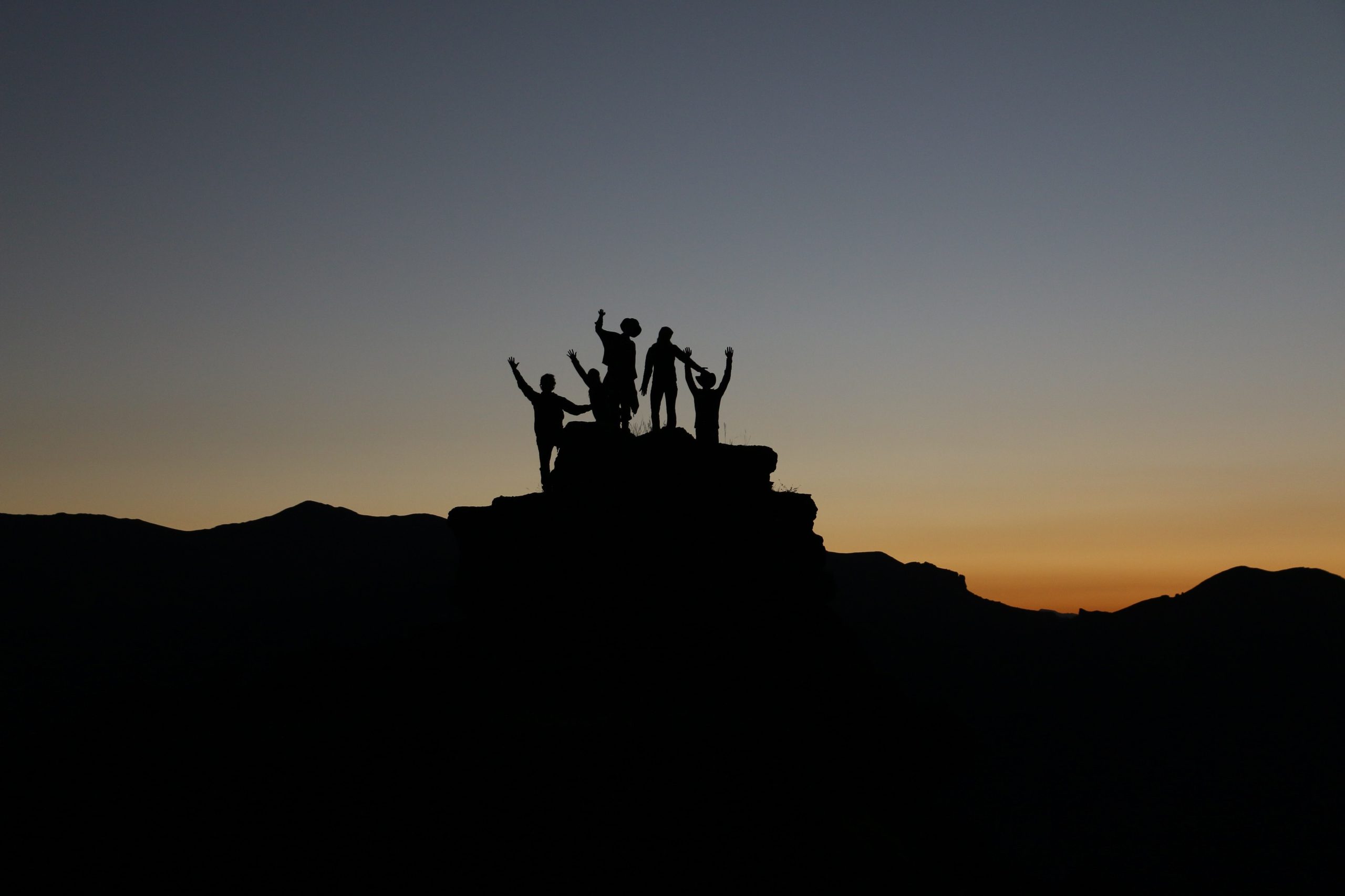