Female Genital Mutilation – A Canadian Issue Too, Why Should We Care? 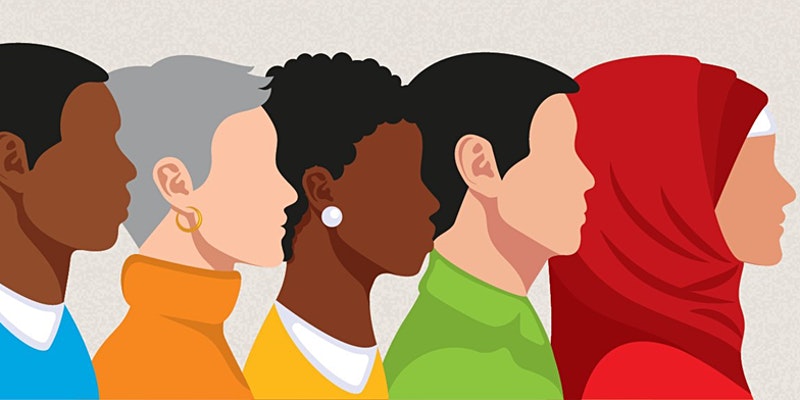 Join the End FGM Canada Network for a free webinar on why FGM/C is a critical issue for Canadians to understand.

Female Genital Mutilation/Cutting (FGM/C) is a Canadian Issue too.

Unofficial estimates indicate that we have more than 100,000 survivors of Female Genital Mutilation/Cutting in Canada (FGM/C,) and possibly thousands of girl at risk.

Join the End FGM Canada Network for a free webinar on why FGM/Cis a critical issue for Canadians to understand.

Moderator Professor Bilkis Vissandje will help us explore the context of FGM/C in Canada. Speakers include survivor and activist Maryam Sheik from Newfoundland; Gynecologist, Obstetrician and FGM/C expert Dr. Angela Deane from Calgary; psychotherapist Veronique Harvey from Montreal; and Klara Hillman, a public policy specialist with a special interest in FGM/C from Vancouver.

The End FGM/C Canada Network is a non-partisan group of individuals and organizations working to end female genital mutilation/cutting (FGM/C) both in Canada and abroad. We focus on urging the Canadian government to acknowledge that FGM/C is an issue here too, and to create a National Action Plan to support survivors and to protect girls at risk in Canada. In addition, we work to encourage the Canadian government to take a lead internationally and focus more development aid on the human rights battle to end FGM/C worldwide. To do this, we bring together our members and other stakeholders to collectively influence the policies and practices of the Canadian government.

Dr. Bilkis Vissandjée is a Professor in the School of Nursing at the University of Montreal. She is a researcher at the SHERPA frontline research Centre and the Montreal Centre for International Studies around issues related to women’s health in the context of migration and diversity. She currently leads a transnational and international Team grant funded by the Canadian Institute of Health Research and the European Commission on addressing the complex experiences related to female genital mutilation/excision in migrant-host countries. Dr. Vissandjée has recently been appointed to the Advisory Committee on Equity, Diversity and Inclusion Policy of the Canada Research Chairs Program.

Maryam Sheikh is a human rights campaigner. She has worked at the grassroots and national policy levels to combat gender-based violence in her native Kenya. In 2019, Maryam came to Canada to save her daughter from female genital mutilation/cutting. She is an FGM/C survivor who uses her pain to help end this human rights abuse. She has done much work de-linking FGM/C from Islam. Maryam recently received a Master’s degree in Anthropology from Memorial University in St. John’s, Newfoundland.

Dr. Angela Deane is an obstetrician gynecologist with a special interest in caring for survivors of FGM/C. She is working to improve the medical care of FGM/C survivors through education and multidisciplinary collaboration within the healthcare system. Angela is mentored by Dr.Marci Bowers (California, USA) and in 2019 worked with her international team in Kenya on a 2-week medical mission performing clitoral restoration surgery for Kenyan survivors of FGM/C.

Véronique Harvey is a social worker and psychotherapist specializing in intercultural issues and trauma. She has worked closely and extensively with refugees. From 2007 to 2010, she worked as African community counsellor at the Sanctuary for Families, a non-profit organization based in New York supporting victims of domestic violence. Most of her clients had undergone FGM/C. Upon her return to Montreal in 2010, she worked as psychotherapist for the Adult Mental Health team at CLSC Sud-ouest de Verdun and for RIVO, an intervention network helping victims of organized violence. She currently has her own private practice where she continues her clinical work with victims of organized and systemic violence, including FGM/C. Véronique holds a Master of Social Work from New York University and a psychotherapist license from the Ordre des psychologues du Québec. She is a member of l’ordre des travailleurs sociaux et thérapeutes conjugaux du Québec.

Klara Hillmann graduated from Simon Fraser University with a master’s degree in public policy in 2019. Her thesis focused on the lack of awareness and action on female genital mutilation/cutting in Canada. This work led her to connect with other activists. Together they founded the End FGM Canada Network. Before she came to Canada, Klara worked with Germany’s Terre des Femmes on a project to change attitudes towards FGM/C within practicing communities in Europe.